Find definitions related to technology, disability and law in this Glossary of ADA Terms, or you may visit our ADA Acronyms & Abbreviations page, or Search Dictionary Resources. 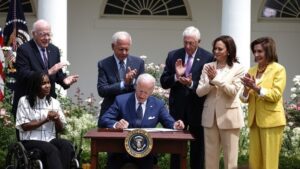 This week the White House recognized the 31st Anniversary of the Americans with Disabilities Act. It was a celebration of landmark civil rights legislation promoting equal access for people with disabilities. 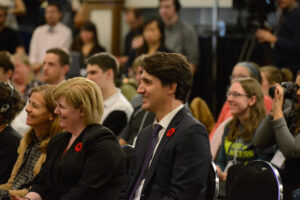 As Canada’s first-ever Minister responsible for persons with disabilities, I had the honour of leading Canada’s largest and most accessible consultation on disability issues ever.

In the summer of 2016, I began asking Canadians all across the country, “What does an accessible Canada mean to you?” What we learned, summarized in this report, will help us create new federal accessibility legislation.

What is the Americans with Disabilities Act (ADA)?

The Americans with Disabilities Act (ADA) became law in 1990. The ADA is a civil rights law that prohibits discrimination against individuals with disabilities in all areas of public life, including jobs, schools, transportation, and all public and private places that are open to the general public. 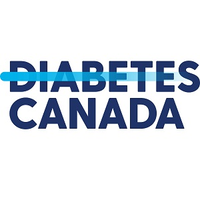 Diabetes Canada is thrilled to see the passage into law of Bill C-237, an act to establish a national framework for diabetes in Canada pass within Parliament today that will improve prevention, management and research into diabetes.

The Accessibility for Ontarians with Disabilities Act must be reviewed regularly. The Honourable David C. Onley, Ontario’s 28th Lieutenant Governor, was appointed to review the act and conducted public consultations in 2018. This report presents his recommendations to the government.

With the adoption of An Act to Ensure a Barrier-free Canada (Accessible Canada Act), the Government of Canada is fulfilling its mandate promise to introduce new accessibility legislation. The Government of Canada will continue to work with persons with disabilities and the disability community, as well as with provinces and territories, towards the realization of an accessible Canada